As Chattanooga Mourns, Residents Struggle To Find Meaning In The Killings

Shock continues to ripple through Chattanooga, Tenn., as residents try to cope with Thursday's attack. Rabbit Zielke of WUTC reports on the community's reaction.

Rabbit Zielke is with WUTC, our member station in Chattanooga. She has this report on the reaction there from students on the nearby campus of the University of Tennessee, local military veterans and people who were affected by the investigation into yesterday's violence.

RABBIT ZIELKE, BYLINE: It was just hours after the fatal shooting yesterday when police raided Abdulazeez' house in the quiet suburban neighborhood of Hickson. As bomb squads and police vehicles poured onto her street, Hollie Stockman was told to prepare to be evacuated, and she comforted her daughter while trying to decide what to take if they had to leave.

HOLLIE STOCKMAN: We were home, and you could hear the bullhorns. The police were saying, come out with your hands up. You could hear it all the way to my house. And that's not something you would want to hear in your neighborhood.

ZIELKE: Response was immediate here, as more than 600 donors gave blood at the local blood bank, while many others gathered at vigils held all across the city. They were looking for meaning in the horrific attack, or just looking to share their grief with someone. Thousands of Chattanoogans gathered at area churches for candlelight vigils. Others reached out to their neighbors or came to local parks to solemnly mourn those who were killed. The Student Veterans Organization at the University of Tennessee at Chattanooga hosted a morning vigil today to offer help and counseling. Randy Walker from the graduate school found hope in the quick actions of the community.

RANDY WALKER: People do care, and people do want to respond as we can, even though it's a difficult circumstance.

ZIELKE: Marine veteran Robert Barber understands expected losses in deployment. What he's struggling with is reconciling this kind of attack in a peaceful, quiet city.

ROBERT BARBER: My father served at that reserve center up until 2000, where he retired and is now a Collegedale police officer who also responded to the scene. I have too many people that I have lost in Iraq and Afghanistan to lose people at home.

ZIELKE: Just about everywhere you look here, people seem to have more questions than answers about why this happened in this town at this time. For NPR News, I'm Rabbit Zielke in Chattanooga.

Copyright © 2015 NPR. All rights reserved. Visit our website terms of use and permissions pages at www.npr.org for further information.

NPR transcripts are created on a rush deadline by a contractor for NPR, and accuracy and availability may vary. This text may not be in its final form and may be updated or revised in the future. Please be aware that the authoritative record of NPR’s programming is the audio. 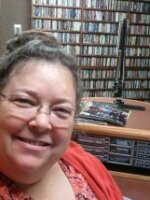