WUTC | By Will Davis

One hundred years of invasive experiments on chimpanzees used in biomedical research came to an end in 2015 when the U.S. Fish and Wildlife Service designated captive chimps as endangered. But even though testing stopped, hundreds of chimps still live in labs because there’s no place for them to go. In this three-part story, WUTC's Will Davis takes us to Project Chimps, a sanctuary in the Blue Ridge Mountains that’s making a home for chimpanzees retired from research.

These chimps did something for humans because we made them do it. So it's time that we generously give back to them. -Ali Crumpacker, Project Chimps Executive Director 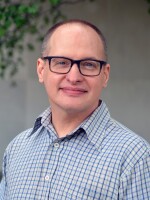 Will Davis
Will is producer and editor of Tennessee Valley StoryCorps and Stories From The Big 9 on WUTC.
See stories by Will Davis