News
Scenic Roots
"Scenic Roots" offers conversations that matter in the heart of Chattanooga and the Tennessee Valley.From the mountains to the river, our conversations are rooted deep within every corner of our community - reflecting who we are, who we were and who we can become.We engage with the news that affects our community, behind and beyond the headlines. We build bridges that span from creators and innovators to storytellers and the outdoors. We focus on our challenges as many communities in one - as we celebrate what inspires us. We resonate with countless voices - in words and spaces, sounds and songs.We are "Scenic Roots."Ray Bassett hosts and produces "Scenic Roots" at WUTC.

How We Arrived At Today’s Moccasin Bend

This month, we are sharing conversations with you about the long road to Moccasin Bend as it is today - and its future.  Here in Chattanooga, Forever Moccasin Bend is the fundraising campaign to build parking and new visitor amenities at the Gateway Site of the Moccasin Bend National Archeological District.

Former Congressman Zach Wamp led the effort in Washington to create the District.

He worked with elected officials, Native American leaders and local citizens for eight years until 2003 - when Congress passed, and President George W. Bush signed, the legislation that protected the Bend with National Park status and placed it under Federal ownership.

I spoke with Former Congressman Wamp - and with Tricia Mims, executive director of National Park Partners. 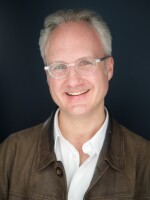